Since finishing university, and starting a new job as a waitress, I’ve been fortunate to have a lot more free time on my hand during the day. Lazy mornings are being followed by equally lazy afternoons. And due to super lazy behaviour, I chose to have brunch more often then a breakfast and a lunch. They have to be filling and packed full of energy, as I don’t really get the chance to eat much during work, and my next meal tends to be very late at night, or even very early the next morning when I get back from work.

So I have a few super brekkies that fulfil these requirements. I either chose between something meaty, wholesome and packed full of carbs, like a fry up sub. Or something that is healthy, naturally tasty, and that releases energy slowly, like a Milo and banana porridge. 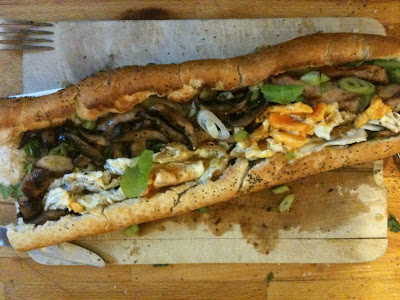 Heart attack? Maybe… but this is my only meal of the day, and I make the most of it. It does sometimes make me sleepy after having consumed half a baguette’s worth. I tend to make this for me and anyone else who happens to be around, as the guilt is shared, and it feels less like me vs the super sub! 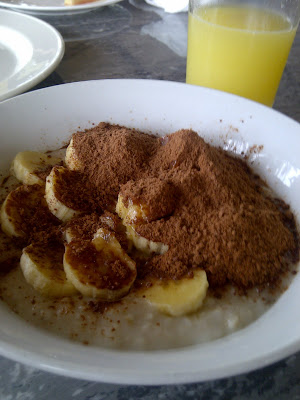 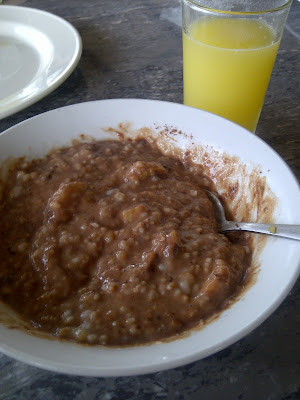 I made this when in Ghana one early morning before going out to play golf. An hour after consumption, I had a great boost of energy, and it powered me through for a whole 18 holes!!! It was a definite winner, which is deliciously malty and wholesome.
Posted by Unknown

Email ThisBlogThis!Share to TwitterShare to FacebookShare to Pinterest
Labels: Breakfast