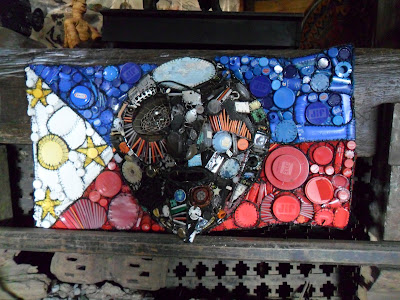 Baguio stands out as a unique town in the Philippines. As the capital city of the mountainous province of the Cordilleras, it is 1500meter above sea level, making it cooler and fresher then Manila. With its surroundings of mountains and lush pines forests, it can sometimes feel like being in a Swiss town. Because of it's proximity to the capital city and it’s beautiful surroundings, Baguio was chosen by the American's as an Army base in the early twentieth century - the perfect place for troops in recovery to pass time, and recuperate. The buildings are replicas of American lodges and are surprisingly well maintained for the Philippines. The city attracts a younger crowd because of its reputation as the educational capitol of the Philippines due to its many Universities. The many cafes and bars that dot the newer part of the city are packed with oddly dressed students till the early hours of the mornings. It’s well worth visiting these establishments for their open mic sessions, art exhibitions and interesting cocktails. Even though the Philippines is very accepting of gays, I have only ever seen gay couples in Baguio proudly holding hands and kissing in public. Sexualities are not questioned and count for nothing in a town were experimenting and expression are encouraged. Baguio is said to be the best place in Asia for its Ukay Ukay, second hand clothing, which tends to come from Korean, Hong Kong, Singapore and Japan. It’s the perfect place to buy a jacket, some warm boots and a woolly hat for an evening stroll up and down the city streets. Vegetarian restaurants are becoming increasingly popular and this is understandable with the town’s many vegetarian establishments. In a strange way, the place reminded me so much of Brighton. I suppose every country has a Baguio, when you think about it.

Our first day in Baguio was a little more active then we expected it to be, with high ropes and horse ridding at Camp John Hay. We had read there was a cute little vegetarian restaurant not to far away, serving up some interesting takes on Philippino classics and some tasty Indian dishes. In the most unassuming venue of Hotel Elizabeth, is Bliss Café, an eclectic, kitch, meditating retreat owned by Buddhists, Jim and Shanti Ward. Serving pure vegetarian food, and the option of vegan food, this café goes all out in offering the Bliss experience: an extensive menu to suit novices to vegetarian food and to vegetarians who want to try something unusual; a nice collection of books to read; a meditation area; some beautiful paintings and ornaments from the couple’s travels; and blissful music playing in the background. 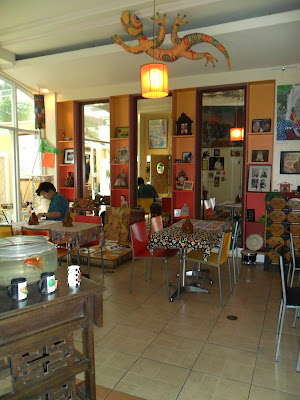 We were ravenous and ordered two currys, one with pannier the other with chickpeas, veggie sisig, lumpia, veggie chincharon (pork scratchings), bangal rice, a blueberry lassie, and a chai tea. We had a little gander around the café whilst our food was being prepared by Shanti. I noticed there was a table with a “we will doodle” design on it.  I asked where they got it from, and Shanti informed me it was actually done by We Will Doddle themselves a few weeks prior at an exhibition held in the café. 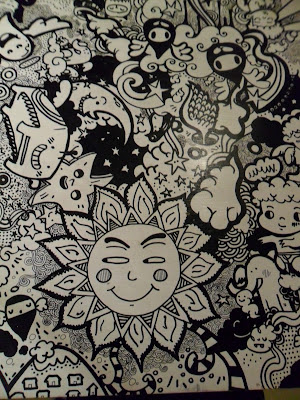 The food came out surprisingly fast, especially with our large order. It all smelt so good, and with a huge choice, we didn't know where to start. We gobbled down the lumpia and chincharon, savoured the salty sisig, then tucked into the beautifully fragrant curries. 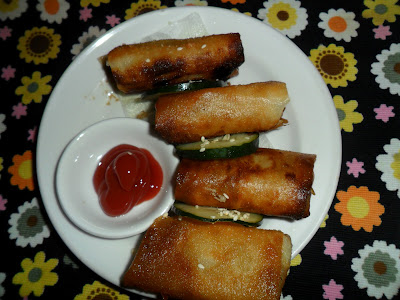 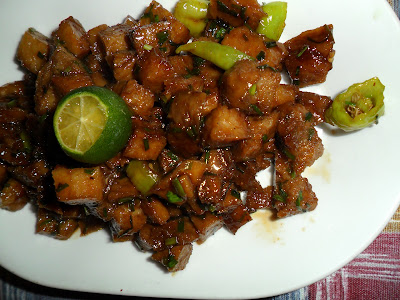 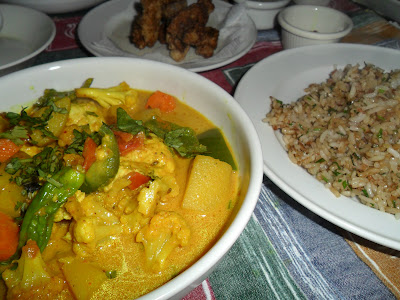 We broke all the Bhuddist rules… we over indulged and gave into gluttony with no will power. We enjoyed ourselves though. I can safely say that Shanti’s curries are the best I’ve had in the Philippines. They had such a unique flavour, it was clear, the spices used had been chosen carefully to work well will the chickpeas and the pannier… oh and her pannier was homemade! The rice was really tasty, I could have eaten it on it’s ones.

We were told by Jim that the couple have a room in their house that they rent out for people wanting to stay in Baguio. We thought this perfect especially as we were hoping to extend our stay. So the next day we came back to the café and checked into our tranquil retreat, which continued the theme of the restaurant. The room was basic, but had all we needed: a hot shower, a comfy mattress on the floor, and a fireplace.

The same day, Shanti recommended we went to Oh My Gulay! (Translation: Oh My Veggie!) on session road in town. We were told it was a quirky art space that served up good veggie food. It didn't take too long to find it. Located at the top of an opal green tower block. The space was huge and had buildings within buildings. The interior was a miss match of styles and ornaments. I loved it. Even though we were inside a building, it felt like we were outdoors because of the light and open space. 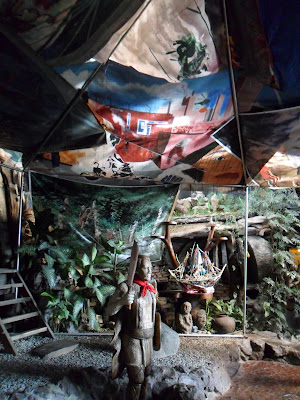 The views from the top were astounding. We sat and had a long coffee, took in the fresh air and watched the sun set over Baguio.

We were determined to hit some Ukay Ukay shops near Session Road, then head to a night market selling some more Ukay Ukay. We had no space in our bags, but that didn't deter us. I bought five… yes FIVE pairs of shoes. I had made it a mission to find Timberlands for a good price. I found it increasingly hard to find a pair that fit, and so substituted with another pair of shoes. After my fourth pair, I told my self this was ridiculous and it had to stop… surly enough, just as we planned on heading back… I found them! The beauts. Only cost me 550peso (£10). 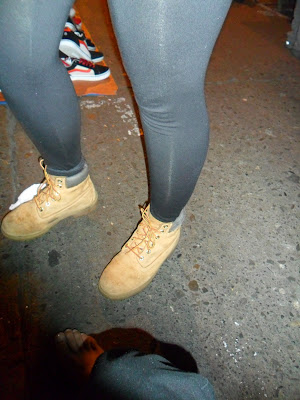 So, satisfied and very hungry, we wondered around the street food stalls to see what tickled our fancy. Shwarmas, beef mami, sweetcorn, and street bbq… all so tempting. But the one thing that we were not expecting, but drew us in was tacos. A guy who looked curiously like Che Guvara in a blue Taco Jeep, serving tasty meaty goodness dolloped with spicy salsa… yes please! 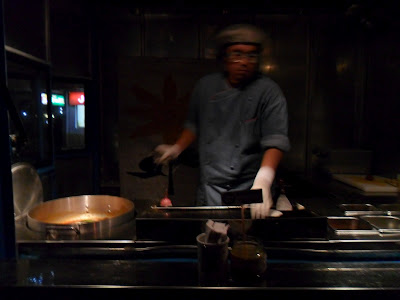 My only complaint was it was too small! Our veggie stay in Baguio was tainted by my lust for meaty Taco… oh well. Only live once eh, only in Baguio once, only Blue Taco Jeep once.

So the day of our departure, we organised with Shanti and Jim to volunteer in their café for a few hours. It was a good chance to get to know Shanti and her lovely staff, and land an hand for their good cause restaurant. We were made to feel very welcome. We chopped and squeezed and chopped some more. It was actually really nice to sit in the café’s conservatory and just chop and chat. 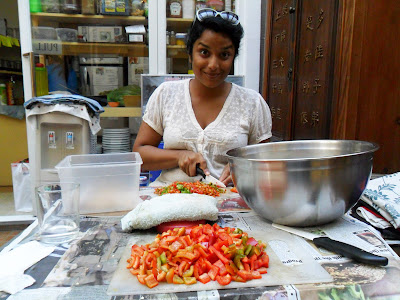 We left Baguio that day rather mystified by our experience. It had been so different to our other previous trips in the country. The people, the food, the culture, the surroundings, all made it seem as if we were in a totally different country. In all honesty we didn't want to leave. We had such a good time, and met some amazing people. But there is only so many times one can keep extending one’s stay before it starts to interfere with work, the budget and reality. I know I’ll be back thought, if not for the Ukay Ukay then defiantly for Shanti's tasty curries.
Posted by Unknown