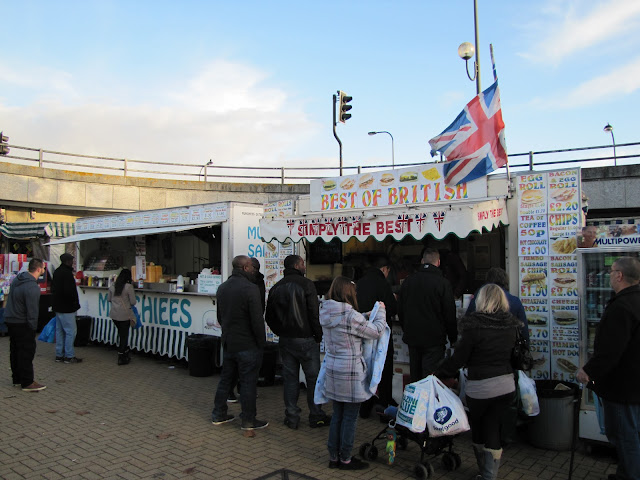 It’s a shame Milton Keynes has a bad reputation amongst it’s non-inhabitants. Most only come to Milton Keynes for retail therapy, which generally means indoor shopping and pit stopping in places not unique to the city. The majority of visitors dare not explore further out of their comfort zones, as god forbid… they could end up lost on our confusing grid system. Going loopy round our many roundabouts. A general assumption is that Milton Keynes is a modern town/city with seemingly no culture or character cursed/blessed with a high concentration of high street chains and restaurants.

If one does dare to venture past this superficial façade, one may notice Milton Keynes is changing. Since its creation 35 years ago, Milton Keynes has matured and is developing it’s own identity. It is an homage to post-modern Britain. The town is inspiring a new generation, and unlike other towns in the country, our inspiration is rather unique. With the majority of the city’s residents having roots outside the county and even the country, the diversity and multiculturalism of Milton Keynes is rather unique.

So how does this relate to food? Well, as I’ve been living in Milton Keynes on/off for most of my life, I have made observations the best way I make them… by eating.
Filter pass the Wetherspoons and Nandos and you will see a town that reflects the stories of the people who live in this unique city.  My story of Milton Keyes will be told through the eye’s of the eateries that have withstood the competition from the big chains that dominate Milton Keynes. Concepts that have been chosen by the people over the big names. The survival of these establishments over the years speaks volumes for what this city is about. Owning a food business anywhere in the world is difficult, but I think this is especially hard in a city where capitalism and corporations have had a huge part to play in the development of the city.
The following places deserve great recognition, and play a vital role in making Milton Keynes a unique Foodie’s town.


Percy’s is a small company established only a year and a half ago. It is doing extremely very well given the economical circumstances, however this is not at all surprising. The concept is a winning idea and has been designed cleverly to appeal to the Milton Keynes market. This has deservedly been recognised by the Natwest Smarta Awards; which named Percy’s one of the top 100 small business in the UK for 2011. For such a young business to be so successful in it’s early stages is rare. So what are they doing right? Well, firstly, Percy’s isn’t your usual takeaway. The American BBQ themed company deliver great quality food to your door. Their menu has a great range without being annoyingly extensive, and even better, there are things on the menu you would be hard push to find anywhere else in Milton Keynes without paying a price. Generous fillings, innovative food, and great quality makes Percy’s a brain child built out of love for good food. Percy’s cleverly fills the missing gap in the Milton Keynes food market and it’s defiantly catching on fast!


Not many people know Tai Pan do Dim Sum lunch seven days a week. The people who do know are regulars, and regulars at Tai Pan tend to be Chinese. This can only be a good sign as Milton Keynes has had its fair share of boom and bust Chinese restaurants. Tai Pan has stuck around for a while, and has witnessed great change around it. Situated in the Theatre District, it has a prime location, especially for an independent restaurant.

As lovers of Dim Sum know, it’s a light affair, mainly consisting of a few dishes and essentially accompanied with tea. It’s delicate, flavourful and doesn't leave you feeling sluggish. These attributes make it a perfect lunchtime treat. The waiters are friendly and helpful, and do their best to explain what some of the stranger items on the menu are. If, like me, you enjoy taking risks with your food, there is plenty to experiment with. One of the more surprisingly nice risks I have taken in the past is Crispy Cheng Fung, which can only be described as an inverted spring roll: soft on the outside and crispy on the inside. If the next time you’re in town and you fancy Wagamamas… please re-think. Walk a little bit further and get the real deal. You wont have to wait in a horribly long que, you’ll more then likely have some extra change left over and you will be pleasantly surprised.


Although The Swan Inn is known by most Milton Keynians, it is not know by all. Since it’s re-opening in November this year The Swan Inn has a growing fan base.  This could have something to do with the revival of good British food. But I also think it’s because The Swan Inn is the only independent pub in Milton Keynes that serves locally sourced, great quality grub in a family friendly environment. I believe that a good pub is a pub that's been around for a while; a place that is welcoming; a place that has history; and a place that is run by the locals for the locals. With the exception of The Swan, this criteria is not met in Milton Keynes, this maybe due to the fact it is a relatively new city and that most of the pubs are chains.

The Swan Inn is the oldest pub in Milton Keynes, and I think this has a great deal to do with it’s success. It is a proper pub… yes it may be bordering on to gastro pub, but that's the only way it’ll every get people in from further a field. The food is great, portions are generous, there’s a great selection of beers and wine, and the service is always friendly. If you’re tired of sitting in faux Tudor interiors (when really nothing can hide the fact that your in an angular 60’s cube) and you want to escape from the horribly dubious fact that your Sunday roast has been cooked by a microwave technician; get yourself over to the Swan Inn and get your smackers around some proper substance.

This is my risk taker. I now most non-vegetarians reading this will be like “Errr, no thanks. Why have veggie Chinese when I can have a meaty Chinese?” Well, my argument is: why have cheap second quality meat from a takeaway and play twice as much when you can get something ten times taster? And yes… I did say taster. The meat substitutes here are cunningly designed soya or gluten products, which most people see as tasteless, but in truth absorb flavours well and particularly versatile in texture. Nothing like Quorn nor Linda McCartney’s questionable sausages. I can confidently say, some of the meat substitutes are actually better then the real thing. For example, the crispy shredded beef at Veggie World is actually crispy and comes in the most amazing ziny sauce. I know from many disappointing Chinese takeaways that shredded beef can more often then not be tough and chewy, which isn’t very nice at all.

I’ve been going to Veggie World for nearly four years now and have seen it grow in popularity. I know for a fact that a great deal many of their customers are not vegetarian. I also know that people do travel to come to Veggie World. It’s just one of those places: a unique concept in a bizarre location – Bletchley! Alcohol is not served, but you are allowed to bring your own bottle.


Milton Keynes Market is older then me! And that's old for Milton Keynes. Under the bridges and amongst the pillars is the Milton Keynes market. A compact cluster of vans, stalls, and temporary shops. It’s nothing fancy and it’s defiantly not pretty. But that doesn't matter, cause Milton Keynes market is an electric hub of activity. It reflects the local community and Milton Keynes’s cultural diversity, as markets should. You could easily travel the world with your taste buds at Milton Keynes market: from South Indian dosa; to Middle Eastern wraps; big jacket potatoes cooked in a proper jacket potato oven; quick Chinese take-away; old school sweets and treats; to even a full English fry up. You can get it all at Milton Keynes market. As nice and as fashionable farmer markets are at the moment, I honestly believe home is where the market is, and MK market without it frills is my kind of market. The market is run by locals and it shows the diversity and uniqueness that Milton Keynes has to offer. I highly recommend having a little wonder around, because there are defiantly a few hidden gems and some proper characters lurking amongst the stripy tarpaulin.
Posted by Unknown