If South Africa were a teenager it’d be going through a massive growth spurt. The country has a fast growing population and a booming economy, and unlike its African brothers and sisters, the country is strong, defiant and has a point to make. It has embraced America’s big and fast nature: large agricultural farms; massive industrial factories; huge supermarkets and mega sized malls. South Africa has it all… and like a hungry growing teen it will gobble up anything with little regard to future health problems.

Despite this, it seems South Africa still bears scares from apartheid, and social recover has been slow and at often times futile. Poverty is still on the increase and even though Afrikaans now only make up 7% of the population, they still hold majority of the country’s wealth. Large wealth disparities are nothing new on the continent and unfortunately this is unlikely to change for a while. Townships are growing faster then ever before and urban spaces are becoming over crowded. Nelson Mandela’s equal country is far from being equal and although there has been a slight shift in the disparity (some whites moving down the social class ladder and blacks and coloured moving up) the gap is only growing. This is leading to basic social issues in the built environment such as waste management, food insecurity, access to clean water, recourse management, and inefficient use of energy.

The South African government faces many challenges, but fails to acknowledge even the most basic. Reports have shown that unlike its war-torn neighbour Zimbabwe, the country is failing to meet Food Security targets for the most needy. What’s gone wrong? Well for one, the country is too focused on superficial growth: a great deal of investment has gone into large scale commercial farming (foreign market) which still dominates the country’s agricultural sector. Secondly the government is focusing on meeting shot term goals rather then long-term goals: this has resulted in a spike in food prices, since the 2010 World Cup, that most people cannot afford. Lastly, there has been little or no change in policies with regards to sustainable food systems. Food is a basic need, and when prices rise and salaries don't, people inevitably struggle and ultimately end up living in impoverish circumstances.

So when a government fails to meet the needs of the people it is often left up to a NGO to do what it can to solve the problem. Following a civil society campaign surrounding the issues of environmental sustainability in 1993, the Earthlife Africa Johannesburg activist group began to conceptualise an organisation that would serve as an inspirational space and support base where organisations can network whilst learning from live demonstrations and examples on how to build, cultivate and cycle resources in urban environments. This was eventually called The Greenhouse Project, which is now located on the North side of Joubert Park, Central Johannesburg. It’s in a not so desirable location, but that's beside the point. The project space is inspirational and is proof that with the appropriate techniques and with a bit of guidance any space can become a green haven.

The project follows the simple ethos that demonstrations, examples and access to information can lead to a more successful learning experience. Part of this is their agricultural area where a variety of growing systems are on show. The area also serves as a space to experiment, try out new techniques, but also to demonstrate what can be done with a bit of creative thinking. Here indigenous techniques are applied to the urban environment where the three ‘R’s (reusing, recycling and reducing) are carried out wherever possible.


Projects like these allow for more area specific demonstrations to take place. For example, the northern part of South Africa is a semi arid terrain, which means it’s water scares for most of the year. The Greenhouse Project focuses on technologies, which allow for better water conservation in agriculture and daily life. This pass on of invaluable knowledge is crucial in helping meet needs on a long-term basis.


As well as this, the project space aims to make people rethink their consumerist behaviour by demonstrating what is possible by reusing, recycling and reducing. The two offices are made from 100% natural or reclaimed material and use natural lighting, insulation, renewable energy, aeration and water systems:

The organisation is visited by a wide variety of people form different communities: school kids from the city, groups of women from townships, agricultural groups from suburban areas, students and entrepreneurs. It targets the people who want to know, but thus far it hasn't been able to target the people who can make the biggest difference: the government. The organisation is desperate to target the government and their “brick housing” scheme for the townships. This scheme is seeing extremely flammable shacks in crowded townships being knocked down and replaced by brick structures courtesy of the South African government. The Greenhouse Project is pushing for the government to abandon conventional building techniques in replacement for more sustainable ones that would ultimately cost less. For example, they would like to see jobless immigrants trained in building and designing rainwater collecting systems, which would solve the problem of unemployment and the availability of clean water in townships. Simple solutions like these are what the Greenhouse Project are good at, but it seems like the government are more concerned with meeting superficial targets rather then sustainable ones.


The project provides help and advice to individuals and organisations on all aspects of sustainability: shelter, climate, ethics, energy, water, soil and food. More places like the Greenhouse Project are needed as spaces to experiment, learn and inspire the future generations about a sustainable future. African cities are growing rapidly and as they do so does the populations’ need for convenience over substance. A green space like this one not only helps us get back in touch with nature, it also inspires one to think more environmentally. It’s a no brainer that sustainable development is the way forward, but it’s how this is done that makes the difference. NGOs can only do so much for the people. It requires a change in policy from parliamentary level to make a lasting change for years to come. But as things go, governments only ever want to meet short-term goals to show the people that they are “meeting their needs”.

It takes a movement, and it seems South Africa is getting there, but very slowly. There is lack of education on environmental issues for the majority and because of this it’s only a small percentage that are making a difference. For example, “Urban farms”, “organic” and “community markets” in Johannesburg and Cape Town are terms mainly used by the affluent suburbanites and this comes with a price tag. It does little to solve the problem at grass root level. Urban farms should be feeding the immediate community, not people who have travelled an hour in a car to get there. Environmental education needs to focus on the majority to make a difference, and this is what the Greenhouse Project aims to do. Until governments can begin to make a lasting positive impact, it is left up to NGOs to fill the position of public educators and to turn around a situation that would otherwise be ignored. 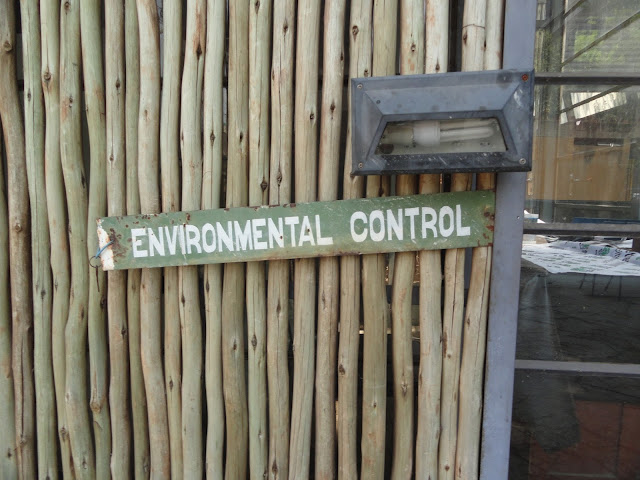 It seems like there is so much happening in African cities that it’s easy to be caught up in the excitement of it all, but if there is something that can be learned from the economic crisis in the West, it’s that we cannot forget our sense of community as a citizen of the world. We need to have more open sources, access to education, talks, demonstrations and all easily accessible and available. It takes this knowledge to inspire activist to lobby for change. This ultimately plays a role in a sustainable change that can be reaped for years to come. If we can have more spaces like the Greenhouse Project to inspire people, we can be sure that South Africa will be an example to its African brothers and sisters: that, in spite of the country’s turbulent history, it continues to listen to the needs of its people and will endeavour to meet them for generations to come.
Posted by Unknown