Many pardons for not having blogged in a long time, but I’ve been a little busy… in the Philippines. I arrived in early October to for fill my duty as an intern-volunteer for the World Fair Trade Organisation Asia. Based in their main office in Quezon City, Manila, I have been given the task of designing them a new website and of finding ways in which the smaller producers can change production methods, improve packaging and improve marketing so they appeal more to the Asian Market. As of now, there is what is called a “South-North” bond which means that most of the Fair Trade products from producing countries tend to end up in the West, due to market demand. But slowly and surely, the wealthier  countries in the East are starting to pick up on the benefits of buying and supporting Fair Trade. These countries are: Hong Kong; Korea; Japan; Singapore; Malaysia and India.

“WFTO ASIA commits itself towards enabling disadvantaged producers to improve their livelihoods through Fair Trade by linking, promoting, and protecting the integrity of Fair Trade organizations, and speaking out for greater trade justice in world trade”

My task specifically, will be to investigate three of the most consumed Fair Trade products in Asia: Coco and Mascavado Sugar from the Philippines; Tea from Nepal; and Coffee from Timor Leste. It requires visiting the producers and liaising with possible buyers, a lot of talking and researching, investigating new agricultural methods and reading up on standards. 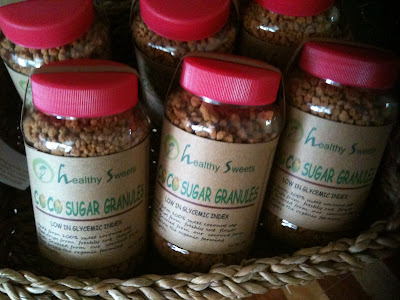 The Philippines was ranked in the top 10 Countries most effected by climate change, and when visiting food markets and going to the countryside, this is ever evident. Flood fields, houses destroyed by typhoons and earthquakes, and even drought. The Philippines experiences it all. With 70% of the population some how involved in agriculture, this is seen as a major problem which needs resolving. I have a friend who works for the government in the Climate Change department, and she has given me a massive insight into ways the government are helping by suggesting new modern techniques of agriculture. This may be farming new crops, or even suggesting to go organic. As you can imagine, the Philippines is very fertile and dotted with countless Volcanoes making it ideal to grow almost anything. But even with this, small scale farmers are very reluctant to make changes, making it very difficult to convince and persuade. Understandably so, as they are putting their livelihoods at risk.

So this is one of my major problems. I am also having a hard time of getting the producers to supply basic information, as they are ties into contracts with Western buyers, who control the producers a lot more then one would think.

It’s a challenging task, but I’m fully enjoying it so far. It’s taken me to some stunning places, and I have met some lovely people. People who are so helpful and willing to share information about Fair Trade.