So far I haven’t actually had a bad meal in the Philippines yet. I think I have a good balance of eating out and cooking at home. Convenience is key to Pinoys. Most families who can afford it have cooks, family’s and friends dine out on a regular basis, and instant noodles are as common as packets of crisps.  The selection has to be admired though. With noodles from Japan, China, Korea and the Philippines, you are spoilt for choice. 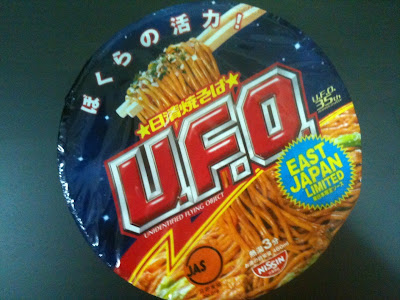 Fast food chains line the main streets of Manila. Popular places to hang out, and expensive even for the common Manileneo. From Inasal (grilled chicken and rice), to Joilibee, Mc Donalds, and Chowking (chineese fast food). To name but a few. It's always interesting to observe to change in menu from one country to another when global fast food chains are concerned. For example Mc Donalds, Burger King, and KFC all have rice combo meals, as pinoys LOVE their rice – “a meal is only a meal once rice is included, otherwise it’s a snack”. A recent meal in Chowking after a whole afternoon of bargaining, proved to be actually very filling, cheap and tasty. 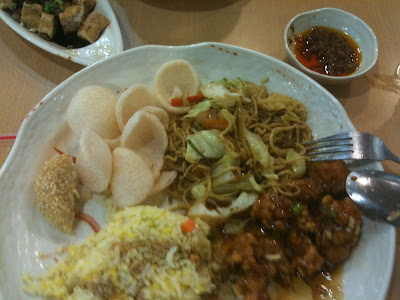 Even chains like Starbucks have an interesting ambiance and a menu to match. Entering one of the many Starbuck in Manila, you escape the sticky heat and enter into a plush environment, clean, air-conditioned, warmly furnished, jazzy Christmas songs playing the background, and the sweet sweet aromas of coffee fills your nostrils and takes you to a comfy place in you head. Ah, yes… Starbucks, a million clone replicas each the same as the last. No matter which country you are in, you could be any where. The one thing that has to be admired though, is there drink selection as you can imagine has warm drinks and a good selection of frappuccinos…. But one drink stood out for me… Green Tea Latte… yep. I’m a fan of Latte’s and a huge fan of green tea’s, so when I saw them together, I know I had found my drink. Now, I’m not Starbuck’s biggest fan, and I try and stay away at any cost, a “grande Green Tea Latte” has been my after grocery-shopping perk. Defiantly an idea I’ll be taking back with me. 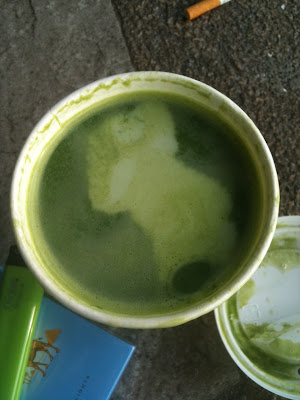 A rather amusing craze at the moment is Angry Birds. Angry bird t-shirts, hair bands, Shoes, Earings, stationary, Computer game, Angry Bird toys…. Etc etc. IT is literally everywhere, and I’m pretty cure most of these people purchasing these copyright infringed products have never really even played Angry Birds! Anyways, there’s a cake shop near me called Kinky Cakes, and I saw this on display and thought it hilariously funny! I also recommend visiting Kinky Cakes’s website… the name says it all!!! 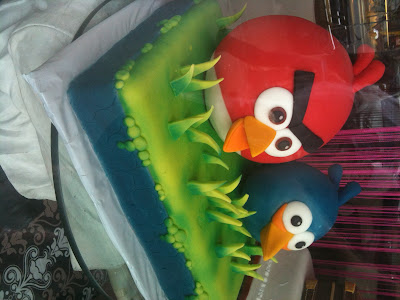