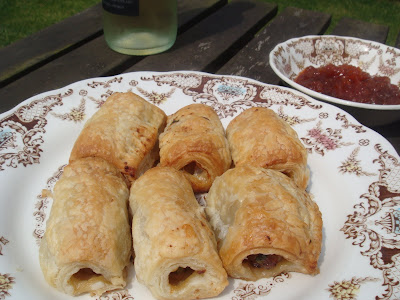 Don’t be put off by the name. Basically posh pigs in blankets or for the more common person, like me and you, posh sausage rolls. I chose the name as sausage rolls, or pigs in blankets, tend to be associated with colder periods of the year. Heavy and baked, they are best eaten warm, and preferably in large portions. This is where my sweaty pigs differ… my love for sausage rolls is a round the year affair, and preferring The Cornish Pasty Shop’s warm, flaky and butter recipe. I have sampled a fair few sausage rolls in my time, but haven’t found a single one that’s more adventurous with their filling. I recently came across a recipe for pork and brambly apple rolls, and this gave me some confidence to come up with my very own pork mixture. I wanted a filling that would compliment good quality pork, but also be light on the palate. 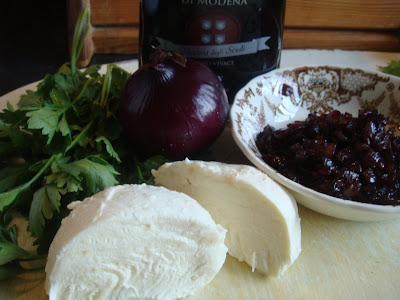 I wanted to use puff pastry instead of flaky pastry, so it would be lighter but still buttery. I chose a filling of red onion, balsamic, parsley and mozzarella. An Italian filling, hence the Italian name. I heard an Italian friend say this recently and thought it the perfect name for my new recipe. It was important to chop up the red onion as fine as possible, and sweat them down properly. I them added the balsamic and made a thick reduction. I added this to lean pork mince mixed with bread crumbs, chopped parsley, salt and pepper. I was in a bit of a dilemma as how to add the mozzarella: if served warm, it would have been better to have added a strip of mozzarella on top of the pork mixture before rolling in the pastry. But as they were being served cold out doors, I decided to break it up and add it to the pork mixture. Which was a good in a way, as it was a beautiful ball of mozzarella, not the stringy type typically found on commercial pizza, but soft and moist. 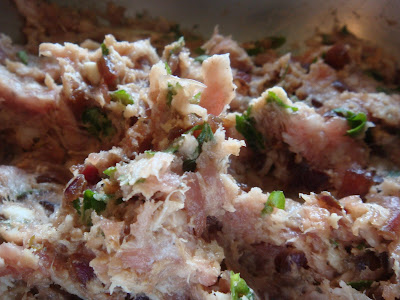 So all mixed up and allowed to rest in the fridge for an hour, I got the pastry ready (ready made off course). I wanted the rolls to be two bits sized, so it was easier to manage. The small size meant that each bit had a crispy end where the pasty went extra crusty and the meat went nice and brown. I brushed on some melted butter on the top, then placed in the oven for 15 mins at 170 °C. They acted as more of a snack and went down really well along side my mum’s chilli chutney and a glass of bubbly. I defiantly recommend making your own sausage rolls. It really is easy, and even if you don’t want to make your own filling, use your favorite sausage, remove the skin and place in bought pastry, roll, brush with butter/egg wash and put in the oven. It’s so simple, and better then any bought sausage roll. You’ll never go back. Trust me. Happy eatings : )
Posted by Unknown