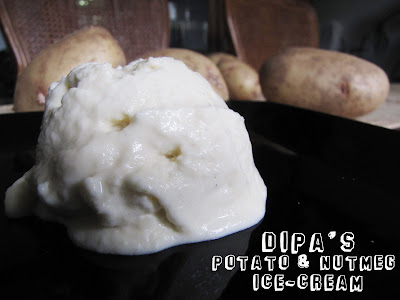 I’ve never really had much appreciation for ice creams. I’ve always tended to favour more substantial desserts if I had the choice. One reason for this is my sensitive teeth situation: biting into cold solid ice-creams leaves my mouth feeling numb, my fingers feeling sticky and my teeth zinging with pain. But all this was put behind me when I had my first ever Italian Galati. A creamy, silky, rich scoop of melon and passion fruit galatia saw the beginning of my love affair with ice creams. It opened up my world to the many different possible flavours out there and even more exciting, the combinations! I started replacing my shopping break coffees with galatias, picking a different flavour each time. This even continued back in England. Despite an erratic summer and the lack of sun, I was spending money which would otherwise have be spent on alcohol, on ice-creams and lolly pops. I rediscovered childhood favourites like Mr Whippy, Mint Choc Chip, Solaro, and even Milk Ice Creams. When I felt like being adventurous I’d pick the most colourful or most bizarre looking ice cream; discovering the more unusual flavours like Pistachio, Chilli, Saffron, Blue Diamond, Macaroon, and Oreo Cheesecake. Yep, there are so many possibilities when I come to ice creams, you could be well spoilt for choice.

So one day, after having a very unusual conversation with a friend about how surprisingly nice cold mash potato is, and then coincidentally coming across a recipe for purple yam ice-cream that very same day, I decided to embark on making potato ice-cream. I could have well used sweet potato, yam, or cassava, but I happened to have left over boiled potatoes in the fridge from lunch so I used them 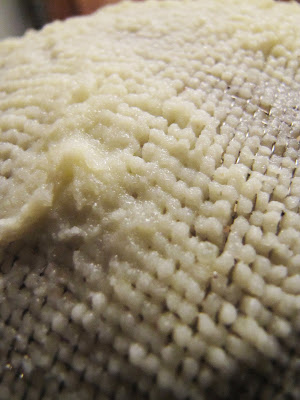 It was rather late at night when I decided to make this, so had to work with what I had in the fridge. I decided just potato wouldn’t hack it, so needed something suitable to work with the texture and ordinary taste of your standard potato. I decided to play it safe and use nutmeg. So in a bowl I popping in boiled, skinned and chopped up potatoes; single cream; unsalted butter; caster sugar; and a pinch of nutmeg. As it was rather late and my mum was asleep upstairs, I thought it rude to wake her up by using the food processer. So the considerate person that I am, I took the hard route and mashed up all the ingredients together with a fork. This was very very hard work. So I got out a sieve and pressed it through so the mixture had no lumps and was smooth, but not too runny. I wanted to keep the texture of the potato so added enough cream to make it silky, but not too smooth so it resembled the consistency of clotted cream. I put it in a tub and let it set, mixing it every 30 min. But as it was rather late, I only managed to mix it twice before hitting the sack. 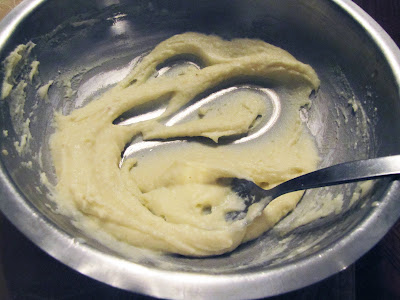 The next morning I woke up in much excitement. I ran down stairs, went into the kitchen, opened the freezer, opened the freezer drawer, took out my ice-cream tub… and it looked normal! Thank heavens! I got a spoon scrapped at the top layer… normal again. Then I put a bit in my mouth. Interesting… tasted like cold mash potato, but sweeter. The nutmeg came through and worked well with the creamy potato texture. It did feel more dense then normal ice-creams, but the smoothness counteracted this buy melting evenly on the tongue. Overall it was a pretty good breakfast. The more I ate, the more I enjoyed the complexity of the simple flavours. Next time, I’d probably improve it by adding another layer of flavour to it instead of nutmeg. I'd keep the smooth texture of the potato though as it made the ice cream rich and creamy. So maybe to replace the nutmeg I'd add ground up cashew nuts or even almonds. Maybe even using cashew nut/almond milk instead of cream. Till then I think my potato and nutmeg ice cream was probably the most unexpectedly rewarding ice cream I’ve eaten this summer and I really do recommend it. Happy Eatings!
Posted by Unknown