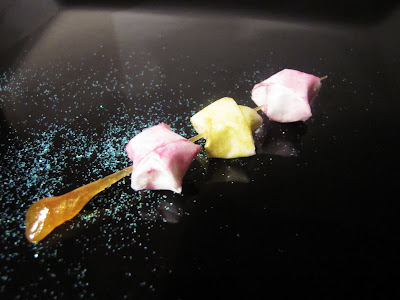 I came across some edible paper in the Sainsbury’s the other day, and picked it up, not really knowing what I wanted to do with it, but knew I wanted to do something. It was only 99p for a pack of 12 A5 potato starch sheets, which is very decent, so why not. I found the paper very similar to rice paper. It is a little bit more stiff then rice paper, but still quite malleable, and as the serving suggestion suggests, good for cake decorating. It is pretty taste-less, but this means it can take on not only colour, but taste also. One thing I really like about edible paper, is its “third dimension”: taste. It can also be its downfall though, as any liquid added on it instantly dissolves the paper, reducing it to mush. So great care has to be taken with handling it, but otherwise, it’s a great “new” product available in most supermarkets.

So, anyhow… I was playing about with the paper, trying different origami shapes, and one that seemed to hold really well was the origami star. The stiffness of the potato starch paper means too many folds and creases result in tears and weak edges. But the star holds very well, and has a hollow centre great for filling…

There are a few things I could have tried to fill my starts with, but nothing would have been best suited then a sweet, spongy, meringue filling. So I made a few stars, set them aside, whilst I made a simple meringue mixture: 1 egg white; 70grams caster sugar; 1 tsp corn flour; 1 tsp white vine vinegar. I separated it into three and added strawberry flavouring to one, peppermint to another, and lemon to the last. 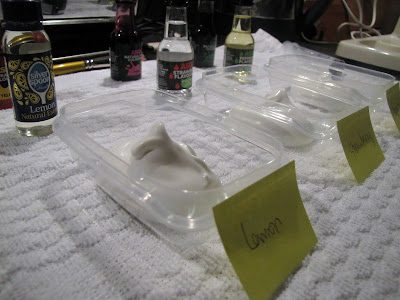 I got three syringes (left over from the Cherry Bombs) and filled each with a different meringue mixture. I injected a couple of stars, being carful with how much went in, as the meringue filling would expand during cooking. I also had to be careful that they weren’t sat around for too long between the injecting and popping into the oven phase, as the liquidly filling inside would start dissolving the paper. Before they went into the oven, I gave them a quick brushing of natural food colouring mixed with honey and sugar to give them a slight glazed exterior.

They didn’t take longer then 5 minuets, and came out with a crisp finish. I let them cool for another 5 minuets so that making the holes for the sugar spear was made easier. 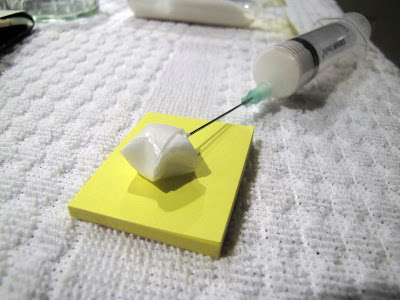 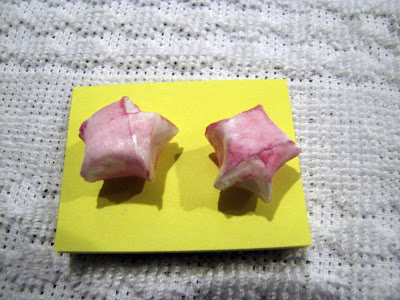 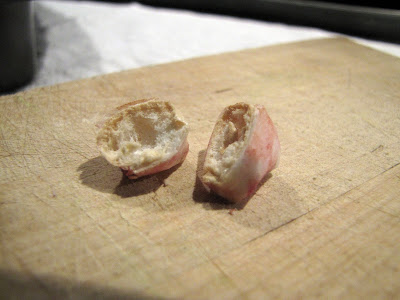 I made the sugar spear by melting sugar in a pan, till it just started to turn a rich caramel colour. I then let it cool a little till it was just manageable to handle, and plied it to a spear shape. I must add that this was rather coincidental as I was initially trying to create this shape with a spoon, but as it cooled and stuck to my spoon, I tried to twist and pull it away, and thus… this rather perfect shape was created! I made a pierced the stars through with the needle from the syringe, then very carefully let the sugar spear follow through. This was a very delicate job. 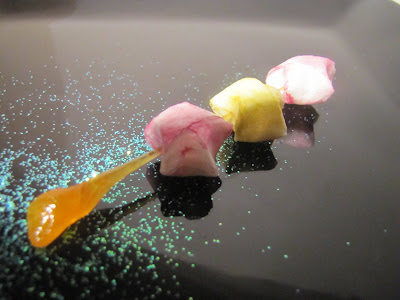 Well, it’s not really a filling desert as such, but it was rather fun to create. It’s quite remarkable what can actually be done with edible paper. Used with the right vegetable ink, edible paper can leave suspended txt/images in jelly. This looks very impressive, but is actually really quite simple. You can also buy edible ink (not for all printer types, mainly inkjet Canons and HPs), which doesn’t have the best quality finish, but does mean you could possibly eat a picture of yourself!!! Homaro Cantu’s restaurant in Chicago, Moto, prides itself on being a futuristic, postmodern eating experience, by using inkjet printing on edible paper in their recipes/inventions. Diners order from, then eat the edible menu which is made of parmesan-flavored rice paper which has been imprinted with edible soy ink. Puffed rice and freeze-dried shallots frame the menu, which sits on bed of crème fraiche. Once the presentation has been admired and the food ordered, the “menu” is stirred up and becomes the first course of risotto. Sounds mental… looks it too. Here’s a link to their website: http://www.motorestaurant.com/ . It’s defiantly worth a gander if molecular gastronomy is your kind of thing. Happy Eatings!
Posted by Unknown