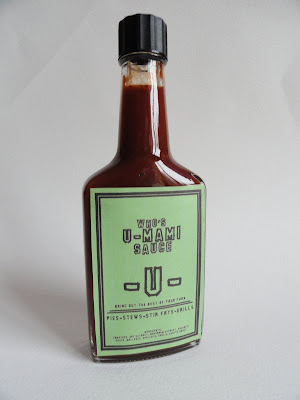 So with all my research into the umami flavour, I wanted to great a sauce that could be used in cooking as a way of enhancing or bringing out the natural flavour of ingredients when used in small amounts. When used in larger amounts, the flavour of the sauce would mask any nasty tastes of unpleasant foods, that would be eaten for nutritional value (eg, brussel sprouts, soya, offal).

I looked into ingredients that could be found in England, and suitable ways of preserving them. Making a sauce seemed the most convenient. Most of the ingredients used are easily preserved in their state, but I had a few cherry tomatoes which was given to me by a friend who has started growing indoors.

Method:
I started by frying off 4 garlic gloves, 4 shallots, 2 scotch bonnets and a table spoon of Szechuan pepper, until the oil was flavoured. I then added Mushroom extract and soy extract and let simmer on a low heat for about 10 minuets. 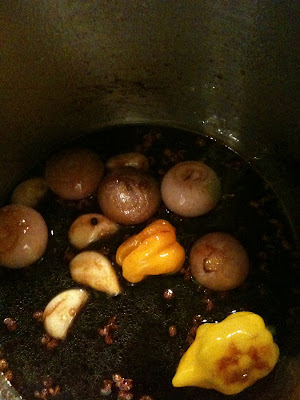 I removed the whole ingredients, and let the concentrate cool. The whole shallots, chillies and garlic could be saved and used in future cooking. As the umami flavours of the soy and mushrooms would have been absorbed, the shallots, garlic, and chillies can be used in other dishes to enhance flavour. 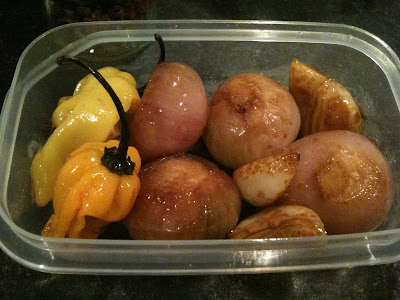 In another pan, I started by frying off a few fillets of anchovies. Once melted, I added my cherry tomato puree. I stirred in the soy and mushroom concentrate, added a couple of table spoons molasses and two table spoons white wine vinegar then left the sauce to simmer for an hour. Once cooled. I poured into my bottle.

I made a label to stick on my bottle: 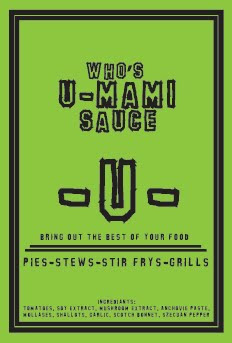 I spread some of my special sauce on toast before grilling with cheese on top. It’s a delicious sauce, with complex, deep flavours. It gives simpler dishes a fuller flavour. Only very little has to be used as the glutamate levels exceeds roughly about 600mg/100mg from my calculations. This is seven times more then cheddar cheese, and half as much as marmite.

I developed this idea as a sure guarantee of having a tasty meal in the case of a poor harvests, unavailability of certain ingredients, and a way of preserving. If we were to become self sufficient, simple solutions like these would help keep people creative in the kitchen. 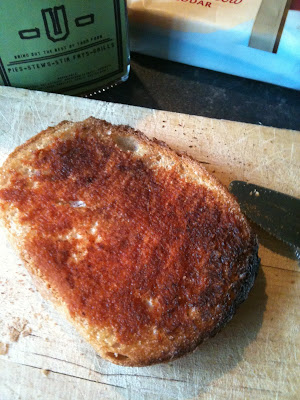 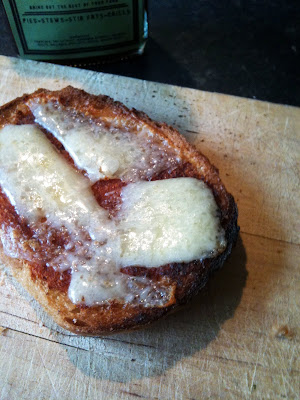