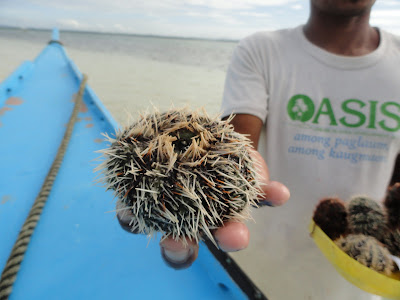 So whilst on a trip to Virgin Island, Bohol, we were approached by a guy selling sea urchins. This was something I’d been meaning to try for a while now, but at 7 in the morning? I needed some time to think about whether I wanted to take the risk of eating something that could possibly make me feel ill whilst out Island hoping for the day. As we walked around the virgin island and snorkelled in the warm crystal clear waters, it was evident the water was abundant with the spiny sea creatures. The Urchin man bragged about the freshness of his catch, which made me feel better. After all, I wondered when I’d get the chance again.

I decided to take the risk. I even asked our skipper for the day whether he’d like to part take in a morning feast of a salty slimy delicacy,  but he clearly stated, he wasn't much of a fan.

I was very intrigued. I had never been sure what the inside looked like, and what bits were actually edible. But as the spiny, sphere was open, I was shocked at the lack of roe on the inside. The orangy slime only seemed to coat the inside dome of the urchin. This slime was scooped out and placed straight in my hand. I took a few snaps, then straight in my mouth, where I tried to take in textures and tastes. But like my first oyster, it slid down my trough before any gag reflexes spurted the slime back out! 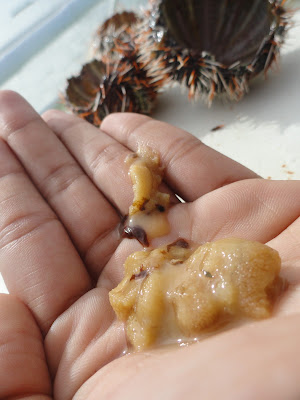 What can I say. Like most sea foods, it’s an acquired taste. Slimy, salty, and almost snotty, I wouldn't say it’s something I’d like to have every morning. But like all good fresh seafoods, and the location it’s eaten, there is something that sticks in the mind as being a rather special moment. It may have been the salty water on my skin, the sun on my back, and the sand between my toes. All my senses were awakened with my environment, and this was toped of with the taste the sea. 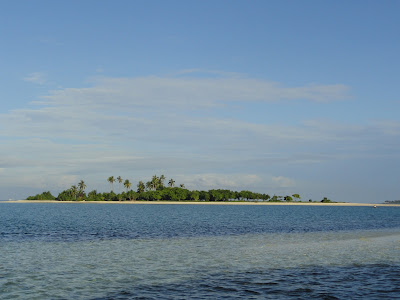