The island of Bantayan, north west of Cebu Island, can only be described as quaint and idealistic. With no big vehicles or many cars on the road, the best way to get around the island is by bicycle, scooter or motorbike. So we rented a scooter and went on a bit of a wonder around the island, with our midway stop being the Guiwanon Multi Purpose Cooperative, or GMPC. 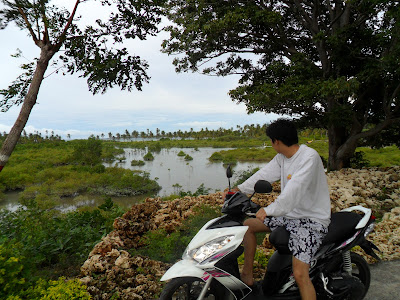 The journey was stunning. The day before, a storm had hit the neighbouring islands of Negros and Mindano, but Bantayan seemed to have been little effected. Our ride past mangroves and up along the coast was our first glimpse at an Island economically sustained by the fishing industry. It was a little surprise that the women we were on our way to meet, were utilising this abundance of fresh fish to produce a product for sale that captures the taste of Bantayan’s best: Spanish style sardines in oil. 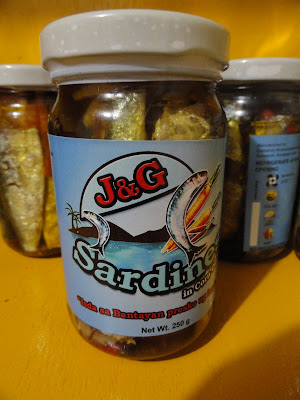 Our arrival was greeted with warm smiles and even warmer hugs. We were shown around the GMPC’s community building, built and developed by the Justic Peace and Integrity of Creation- Integrated Development Center, INC (JPIC-IDC), a Christian NGO working in the Cebu region. JPIC helped the women of Guiwanon to develop business skills, they also provided them with training in agricultural sustainability, and helped in bringing the community together with a project aimed at empowering women in rural areas.


The community building had a shop, offices, a dinning venue, a conference room and a purpose built kitchen that the women could use in their business endeavours. We sat in the kitchen whilst the women finished of sealing and labelling some 93 bottles for shipment, and we realised the simplicity of the operation. There was nothing complicated about the process, it was a few simple steps from having fresh sardines to having preserved sardines that would last on a shop shelf for months to come. It was the training in health and safety and in quality control, which was the most important thing the women had learnt, and to put it into practice for their products to be marketable on a wider scale.

The women told me they bought their fish from the same fisherman every time, and assured me he practised environmentally friendly fishing methods. Along with the sardines, there are chillies, carrots, bay leaves and peppercorns in the preserve. The women told me all the produce comes from their gardens.

Along with the sardines, the women also produced Kropic. A rice cracker, which is dried to be preserved and then fried just before eating. They women made kropic in four different flavours: carrot, mulugay, squid, and shrimp. The weather needed to be hot and sunny in order to make the kropic as it requires drying in the sun for the whole day. But as unfortunately the rainy seasons were prolonging, the production of kropic had to be put on hold.


So it was time for, what I consider the best bit… the tasting!!! We got some bread, fried some kropic and opened a jar of sardines and dug in! I can’t say I’ve ever been a fan of sardines unless they were deep fried in batter, but these little shiny beauties were delectable. They had a lovely yet very mild flavour. I asked the ladies how they preferred to eat the sardines, and some suggestions were: fried and with noodles, with rice, in a sandwhich and ground up with liver as an accompliment to a meal. One women said here mother in-law liked then in her Lumpia (kind of like a large spring roll).

I really enjoyed meeting the women of GMPC. I personally felt they were living a decent life, where they were empowered to make their own living, help others in the community, and to stand an example of successful rural development. Programmes like this give people a chance, and shows that community improvement and development is they way forward to a better life, not moving to the city as many people see as a way of escaping problems. A lot of farmers and fishermen in the Philippines are moving to the cities to find jobs, due to crop failure, land disputes, visions of riches and even because of climate change problems. My visits to small producers has shown me that there are ways of making a living in rural Philippines with the right help and with more of an integration within village/town communities.  Obviously the right guidance is needed, and people need to see the benefits before part embarking on a project. But as I have seen: with the right support, the hope and the driven determination for a better future, this is the happenings for a better Philippines.

On the way back, we stopped for a swim in the sea to watch the sunset. I can’t even begin to tell you how beautiful Bantayan and how lovely the people are. I really recommend a visit. Enjoy the quite beaches, the local cuisine and the beautiful sunsets. It’s unspoilt and far from the crowds. It’s my heaven on earth : ) 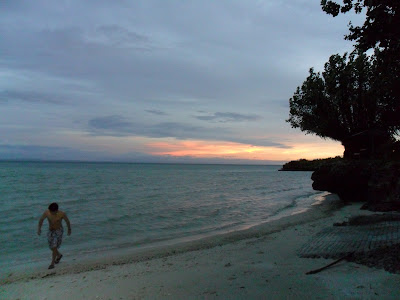